CorPower to begin ‘Ironman Tests’ ahead of ocean deployment

The next-generation C4 WEC has been through a rigorous dry-test program since mid-2021 and will experience continuous operation on the world’s largest wave energy test rig in Sweden.

The dry-test program will involves exposure to all sea states including severe storm conditions in order to monitor its durability and unique ‘survival mode’, alongside high thermal stress. It will allow further interrogation of CorPower’s novel Power Take Off (PTO) technology which works in resonance with waves to enhance motion amplitude and energy generation.

After completing tests, the WEC is then set to be transported to northern Portugal taking a central role in CorPower’s flagship HiWave-5 demonstration project. 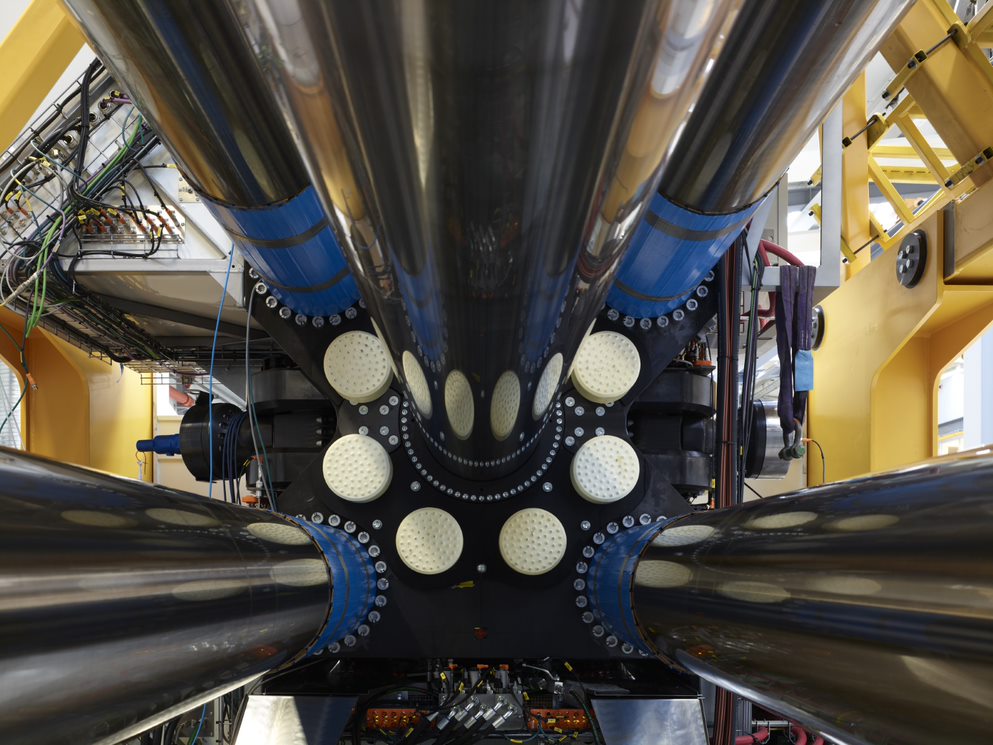 CorPower Project lead Antoine Baudoin said tests planned for the coming months will be the last steps to debug, stabilize and fine-tune the machine.

“We are excited to proceed to the final stage of our comprehensive dry-test campaign,” he said. “As the ‘Ironman’ tag suggests we will put the C4 prototype through its paces with the fully integrated system under continuous operation, in real-life offshore conditions, for a sustained period of time. This will allow us to collect a large volume of data assessing performance and robustness across all sea states, as well as thermal stress on the system, when raised to a ‘steady state’ temperature. Similar to endurance athletes, effective heat control is crucial to the overall system performance. In particular, we will be monitoring how the air characteristic changes within the innovative pneumatic systems as they elevate in temperature, in order to better manage high thermal stress and maximise performance.”

The 45-tonne test rig, located at CorPower’s Stockholm headquarters, is capable of simulating ocean wave conditions anywhere in the world. Measuring 40m in length and 9m in width, the design, build and accreditation was supported by ABB.

“The testing infrastructure we required simply didn’t exist beforehand, so we built and accredited the world’s largest wave energy test rig to complete the project,” said Mr Baudoin. “The test rig has played an invaluable role delivering a broad range of isolated tests on individual modules and equipment through to these final Ironman Tests for the complete integrated system.”

For the last decade CorPower has been steadily undergoing a five-stage product development and verification process, which initially started with small scale tests in Portugal and France.  It later progressed to a half-scale WEC prototype, which also underwent dry-rig testing prior to sea trials in the Orkney Islands, Scotland, in partnership with utility firm Iberdrola.

Oceans of potential in a time of profound change: An interview with Portugal’s Minister of the Sea Ricardo Serrão Santos

As world leaders gather for the landmark COP26 climate conference, CorPower assesses the role of wave energy i...
Nov 03, 2021  /  0 comments

A rare opening for a CFO role in CorPower. Join our mission to bring reliable and competitive wave energy to t...
Feb 22, 2019  /  0 comments

A prominent report produced by the US Department of Energy (DOE) and the Pacific Northwest National Laboratory...
Jan 26, 2022  /  0 comments